The first disaster call that I received was for #HurricaneHugo. This storm would really define my first days as a FEMA inspector. This storm twisted steel and gobbled up thousands of homes. I headed into it without any real understanding of what was sitting in my path.

Total Cost of Damage to the US and Puerto Rico: $7 billion

Hurricane Hugo left behind a path of death and destruction that stretched from Puerto Rico to the Carolinas. While the storm lost strength as it moved up the southeastern coastline, the storm regained power and hit the Carolinas as a category 4 hurricane. The storm killed more than 100 people (34 in the Caribbean and 27 in South Carolina). It left 100,000 people homeless and was named “The Storm of the Century.”

The storm would eventually be outranked in terms of death, destruction and chaos, but in 1989, it was the worst hurricane we had seen. During my time in Florence, South Carolina, I was able to meet people that, despite the circumstances, were insistent on providing me a home-cooked meal knowing that I wouldn’t be done with my work until late in the evening. It was these experiences that reminded me of the immense value of giving attention to more than just the work. 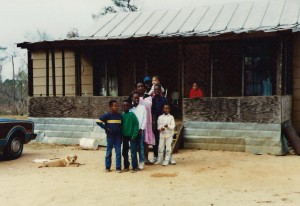